When I met my big friend and husband Hendrik, he was studying classical guitar at the conservatory of Rotterdam in Holland. From that moment on music adopted a big part of my life. He plunged me in Carulli, Carcassi, Tárrega, Sor and more. And I enjoyed every moment of it.

The slow birth of a composer

In the course of the years Hendrik discovered that he could compose music for himself. He made pieces for solo guitar and duets and trios to play with friends. And he became good in this gradually. But he did not think of telling me about it.

Because I played some music myself (on my tenor and soprano sax) I started to understand something more about music notation. I found unknown music lying scattered around the house and asked Hendrik where he did get it from. Then he stuck up his thumb and said 'from here'. Which meant that he had made it up himself. "It is nothing special,'" he said. "Just some notes to use. I liked to play some new things."

I was surprised about the quality though, the originality of the cords, melodies and harmonies. Music by Hendrik was music from nobody but him. And the peculiar thing was that it was not all the same. He had interpreted different influences in music. Using the material to tell a story, like in prose or a poem.

It inspired me to bundle it and design covers for his sheet-music. But he was not so happy with it. "I don't like to read my name on the music, all the time,"  he said. "And maybe it is better that we do not publish this music. I am not a Bach."
And I was disappointed.
"What about all those other composers that are not a Bach?" I asked him.
So Hendrik started to make a joke of it and chose the pseudonym William Tecumseh.
"Then you can make a video of me and my companion playing in a tee-pee by the fire," he said.
Well, this was the best I could get out of this... 'William Tecumseh'. 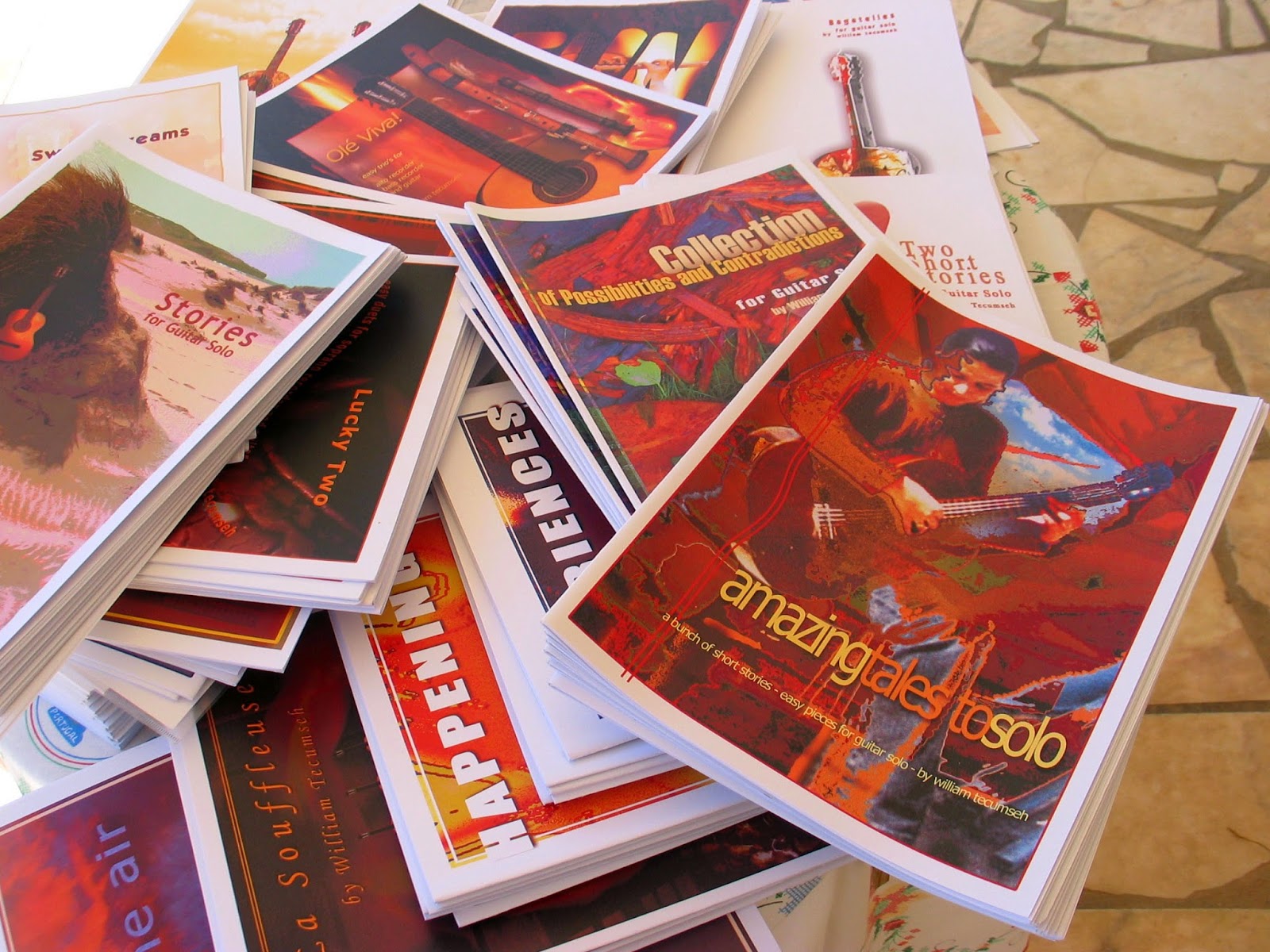 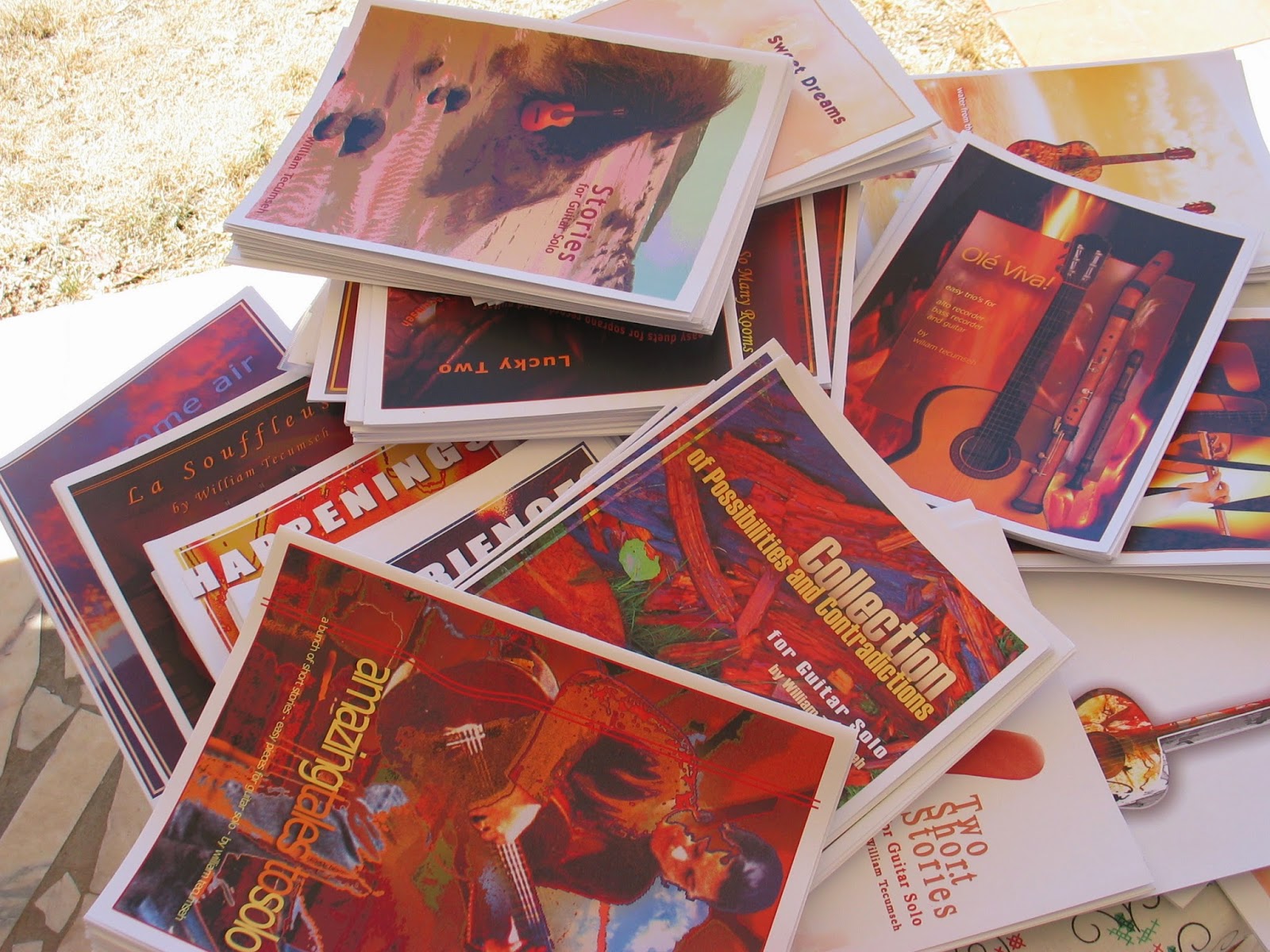 Guitar and other instruments

However, this whole thing about 'not publishing' did not prevent Hendrik from composing a lot more music for himself and his friends to play. Besides new solos, duets and trios for guitar, he composed duets and trios for flute, recorder or strings and guitar. And he also made a string quartet with guitar.

And actually, after all, by doing so, Hendrik discovered that he more felt like being a composer than a guitar player. "There are better musicians then me," he sais. "Let me compose music for these excellent guitarists of today. So much happened lately, around the classical guitar. What guitarists do now, we could only dream of, when we where young and on the conservatory"

Here a beautiful melody from him, for guitar solo. When you want to see more... take a look at: http://hendrikcomposer.blogspot.pt with much more free and good guitar music. 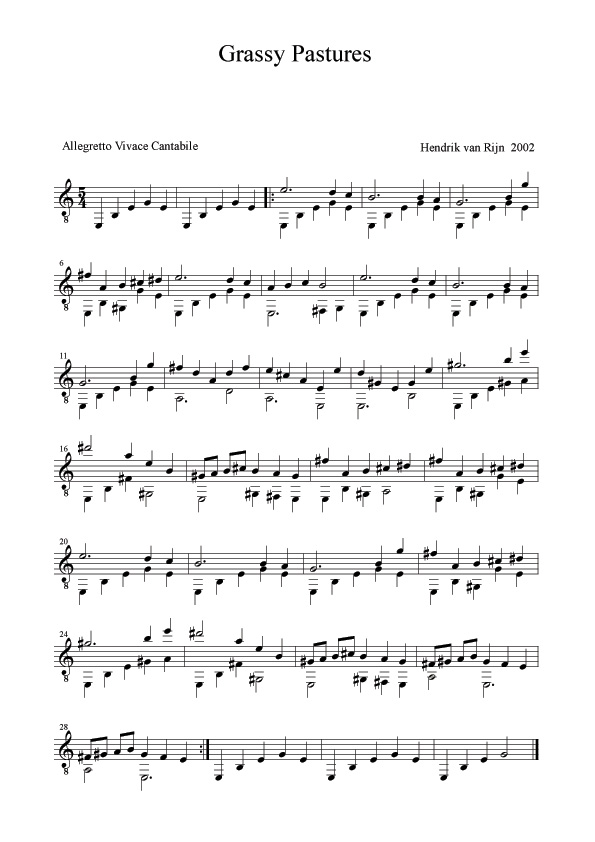